“Lekker Thuis Maaltijdservice” was acquired in March 2016 by the Belgian company Frigilunch, which already owned Vers aan Tafel. In October 2017, the two brands were merged, to continue under one name: Vers aan Tafel. In turn, Frigilunch had already merged into the Marfo Food Group at the end of 2016, which until then only delivered meals to companies and organisations from Lelystad. With Vers aan Tafel, ‘business to consumer’ has been added, to use that jargon. Both Lekker Thuis and Vers aan Tafel were already customers of Frigo Group, which since October 2017 has only been dealing with Vers aan Tafel.
Within our extensive product range, the emphasis is on frozen meals, but we also supply soups and desserts to the elderly who form our main target group. All 140 different dishes are produced in Belgium and transported to Frigo Nieuw-Vennep, where the frozen storage and daily order picking take place. All Vers aan Tafel customers are then delivered five days a week by our sixteen drivers from three locations: Nieuw-Vennep, Lelystad, where the Marfo Food Group head office is located, and Veghel, where we have a small distribution hub. Transport from Belgium to Nieuw-Vennep and from Nieuw-Vennep to Lelystad is provided by Frigo Group Logistics.

Good look
To say that there is a good click between the Frigo Group on the one hand and Vers aan Tafel on the other is an understatement. The lines are short, both within and between the companies. They think along with us and if something is not right, it is immediately spotted, passed on to us and solved. There is a great deal of mutual trust, which is why we will continue to use the Frigo Group’s services under the Marfo Food Group flag. They understand our business. Our customers count on us 52 weeks a year, and we can count on Frigo 52 weeks a year. The Saturday before Christmas, for example, ‘Nieuw-Vennep’ stayed open especially for us; that says it all. Frigo knows that we cannot sell ‘no’ and therefore does not sell ‘no’ either.
Under the flag of the Marfo Food Group, Vers aan Tafel has the ambition to become market leader in the Netherlands. It is a safe bet that the Frigo Group is able to facilitate that ambition. In the knowledge that the frozen food storage and logistics are in the best hands imaginable, we can focus on our core business. In addition to top quality products, Vers aan Tafel wants to continue to distinguish itself with far-reaching service and customer friendliness. Just like Frigo: when we recently had a technical malfunction, it did not lead to frowns or grumbles in Nieuw-Vennep. In the end, even someone from the office in the cold store helped with the order picking, so that our drivers could still start on time. That drive, that solution-oriented attitude… That is incredibly valuable. 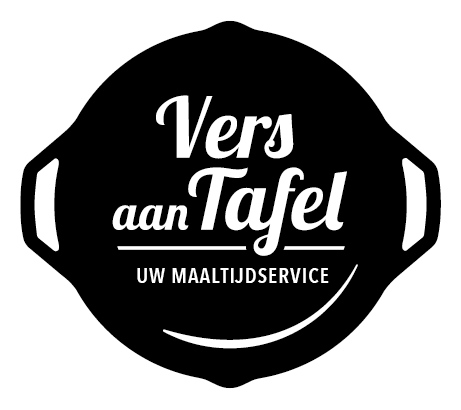